Communism did originate with Marx and Engels. Then were the utopian socialists. Utopian social movements, unlike scientific socialism, are not derived from economic conditions, but rather are products of the human mind, imposed from without. The more elaborate the design by the creators of these communist utopias, the further and further from reality they strayed. Engels himself identified the crude conditions of capitalistic production and crude class conditions of the times of such men as the main factors (i.e. men are products of their times and conditions). There have been dozens of utopian socialists throughout the ages, though only a handful will be discussed here.

Robert Owen, a philanthropic Welsh capitalist became the owner of the cotton mill and village of New Lanark, where through his paternalistic management he abolished all punishments for his two-thousand workers, provided better housing, working hours and conditions. His experiments and successes at New Lanark lead to his great fame and establishment of the colony of New Harmony (1825-1828), which was also bought from another communistic Christian sect known as the Rappites. Following the failure of New Harmony and a scheme to get the Mexican government to cede him the provinces of Texas and Coahuila for further, large-scale utopian experiments, Robert Owen returned to Britain, where in the meantime Owenism had begun to manifest among the workers. Owenism was not created by Owen, but he was the man who provided the blueprints for it. 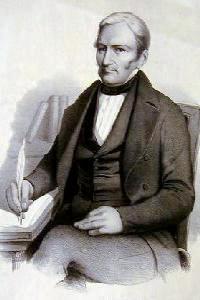 Another famous utopian socialist was the Frenchman Étienne Cabet, who was born in Dijon, France in 1788. After practicing medicine and later law, he was eventually exiled to England where he associated with Robert Owen at some point in the meantime. In 1840 Cabet wrote the book Voyage en Icarie, a book describing a utopian society called "Icaria". In 1847, Cabet published an article titled Allons en Icarie! ('Let's go to Icaria!'), seeking people to go and found colonies in Texas in line with his society outlined in Voyage en Icarie. In 1848 69 peopled arrived in America. This was the first wave of Icarians. Following problems with the purchased land holdings in Texas, the Icarians moved to Nauvoo, some two thousand of them occupying the buildings once occupied by Mormons. Here they established a communal society and ate together in a common dining-room. Cabet, after being granted with temporary dictatorial powers which were later to be transferred to the community following a deterioration of the Icarians financial situation in the New World, developed an increasingly dictatorial spirit, sooning leading to a schism among the Icarian movement after requesting to be elected dictator for ten years. The majority balked at this idea, with Cabet and the minority group relocating in Cheltenham near St. Louis. Cabet, in 1856, would die soon after.

Following the death of Cabet, the Icarian movement did not simply fade as one may have expected. The majority of the Icarians at Nauvoo soon moved to previously acquired government land in Adams County, Iowa in 1857, naming their settlement "Icaria". The commune was fairly poor and in debt. Though they originally possessed some 4,000 acres of land, they were forced to give up nearly half of it due to their debt. There were around sixty-six members and eleven families at Icaria. To sustain themselves they sold wool, cattle and hogs and used mills to get income. With the Civil War came a boom in crop prices and the colony become solvent by 1868.

The constitution of Icaria continued to draw from Cabet's principles. Equality and the brotherhood of mankind were foundations of this colony. All property was to be commonly owned and under the control of the assembly officers. The General Assembly consisted of all male members over twenty-one. If there is one area in which Icaria fell short, it was in providing equality to females. The officers were the president (elected annually and whose powers were strictly limited to carrying out the commands of the settlement), a secretary, treasurer and three directors for industry, agriculture and clothing. These were to be elected on the third of February. Marriage was also commanded in the constitution. All who could were obligated to marry. Marriage was contracted for life. Furthermore, the majority was to rule, servitude and servants were abolished and education was to be provided for. (Work in progress)

Edward Bellamy and the Nationalist Movement[edit]

America’s best-known and most influential utopian socialist was undoubtedly the author of the 1888 novel Looking Backward, Edward Bellamy (1850-1898). Born in Massachusetts, Bellamy originally chose to practice law, being admitted to bar in 1871 before abandoning his career following his first case, whereupon he then became a journalist and fiction-writer.

His most famous book,Looking Backward tells the tale of the well-off Julian West, an inhabitant of 1880s Boston who, through a mishap with hypnotism, remains in a trance until he awakens in Boston in the year 2000. During his century of sleep a nonviolent social revolution occurred, completely reshaping society as he knew it in his own day. Private ownership in the means of production has been abolished along with social classes, exploitation, poverty, buying, selling, money, crime, etc. The government itself has been reduced to little more than a mechanism for coordination of industrial production and distribution. At the age of twenty-four until they are forty-five, everyone is drafted into an “industrial army”. Work has become simplified, shortened, safer and more pleasurable.

From this book, which would soon become a wild success, was born the political ideology of Nationalism (Bellamyism). Anyone familiar with Bellamy’s work will know that this ideology is not nationalistic in the modern sense at all and it is rather unfortunate that it was given such a name at all. In Looking Backward one character informs our protagonist how peaceful relations of nations are assured by a loose form of federal union of world-wide extent. An international council regulates the mutual intercourse and commerce of the members of the union. Complete autonomy within its own limits is enjoyed by every nation, but all are more or less mutually dependent on each other, with the end-goal (not yet established in the year 2000) being a single nation encompassing the entire Earth.

Bellamy first proposed Nationalism in the aftermath of the Haymarket tragedy and America’s first of many Red Scares. Nationalism was his alternative to the system of undemocratic private capital and wage-slavery. Bellamy believed that without industrial (economic) democracy, political democracy was ultimately a sham. At its root it was a radically egalitarian system of public ownership and operation of industry which soon became the leading current of American social radicalism in the 1890s, with over 165 “Bellamy Clubs” being established all across America. Utopian experiments were yet another product of Nationalism – the most notable being the Kaweah Cooperative Commonwealth in California. Bellamy’s work had an enormous influence on American socialism even beyond his death, influencing figures such as Eugene Debs.

Following Bellamy’s death in 1898, the movement was largely subsumed into the Socialist Party and the Industrial Workers of the World. Though utopian socialism was arguably killed off following 1917, Bellamyism was briefly revived during the Great Depression and remained popular in the non-Leninist left up through the 1930s and 40s.